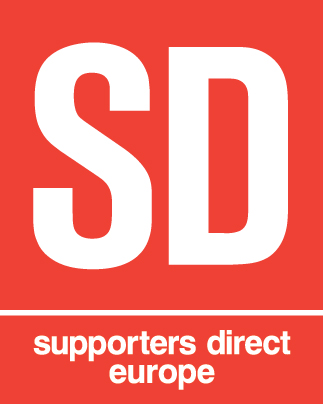 In a poll published today by Supporters Direct, and undertaken by leading market research company ICM Research, fans of English clubs have backed Supporters Direct’s call for fan involvement in the ownership of football clubs, with nearly 40% agreeing that football rules need to change to enable it.

Other results showed that only 18% of fans believe that their clubs are financially well run, backed up by the 100+ insolvencies in the top five divisions of the English game since 1992. There was also overwhelming backing for fans to be ‘formally consulted on any changes relating to their football club (for example name, shirt colour, badge or location of the football club), with 77% agreeing, an area that Supporters Direct led a session on at the Supporters Summit on last weekend (26th July) at Wembley Stadium, an issue of serious concern following the cases of Hull City, Cardiff City and Coventry City.

Also very significant was the recognition that ‘football is broken’ and that ‘The FA needs to intervene to fix it’, chiming with much of Greg Dyke’s video message to those attending last week’s supporters’ summit, where he also said that the FA Council fails to represent the game as it is – adding as he did that fans were ‘under-represented’.

Speaking about the results, Robin Osterley, CEO of SD, said:

“This definitive poll – the most comprehensive ever undertaken – of the supporters of English football clubs about how they view the running of the game, shows irrefutably that the average fan does care that their clubs are run badly; that they do want to see the FA get control and run it in the interests of all, not just a minority of clubs or officials at the top; and that they believe that part of that should mean a role in the ownership of their clubs.

“We want this to be a signal to all those who share the same views. Whether those in the game’s governing bodies; politicians frustrated at the slow pace of reform that they have laid out again and again; or those in grassroots football suffering from poor decisions a local level. There is now a critical mass of people who want change, and we can, working together, achieve that. This is an opportunity that we must seize.”