We were delighted to welcome a wide range of SPFL clubs, stakeholders and Supporter Liaison Officers to our second SLO Development Day, held at St Johnstone’s McDiarmid Park on the 23rd of March.

We kicked off the day by welcoming attendees which included representatives of the Scottish FA, the Scottish Government, Police Scotland, the Scottish Disabled Supporters Association and 11 different SPFL clubs.

We then welcomed Neil Orr from the Parkhead Housing Association to discuss their ‘Our Streets’ campaign and their second film, encouraging clubs to support the campaign to promote positive supporter behaviour within local communities on a matchday.

We were then honoured to have Pierre Nordberg of Malmo FF join us to share his experiences of the SLO role at the club and across Sweden, including details of their Stand Up For Football project.

While the challenges he shared were different from those we encountered in Scotland, there was certainly still a lot of similarities and a lot learned about how the SLO should operate. We thank Pierre for making the journey to Scotland just days before Malmo’s season kicks off.

We then had Nick Brice of Team Brighton join us to share his story and experiences of creating a ‘5 Star Values Driven Fan Experience’ – with improving the ‘fan experience’ something an SLO will need consider in their role.

St Johnstone’s SLO, Beverley Mayer then shared a short presentation on the work she’s undertaken at the club since taking on the SLO role with Keith Ferguson of the Scottish Disabled Supporters Association then presenting on the Disability Access Officer role, another UEFA & Scottish FA licensing requirement.

We thank all our speakers and attendees for attending the event and hope these quarterly development and networking events will provide a platform for a constructive dialogue about how we can improve Scotland’s game. 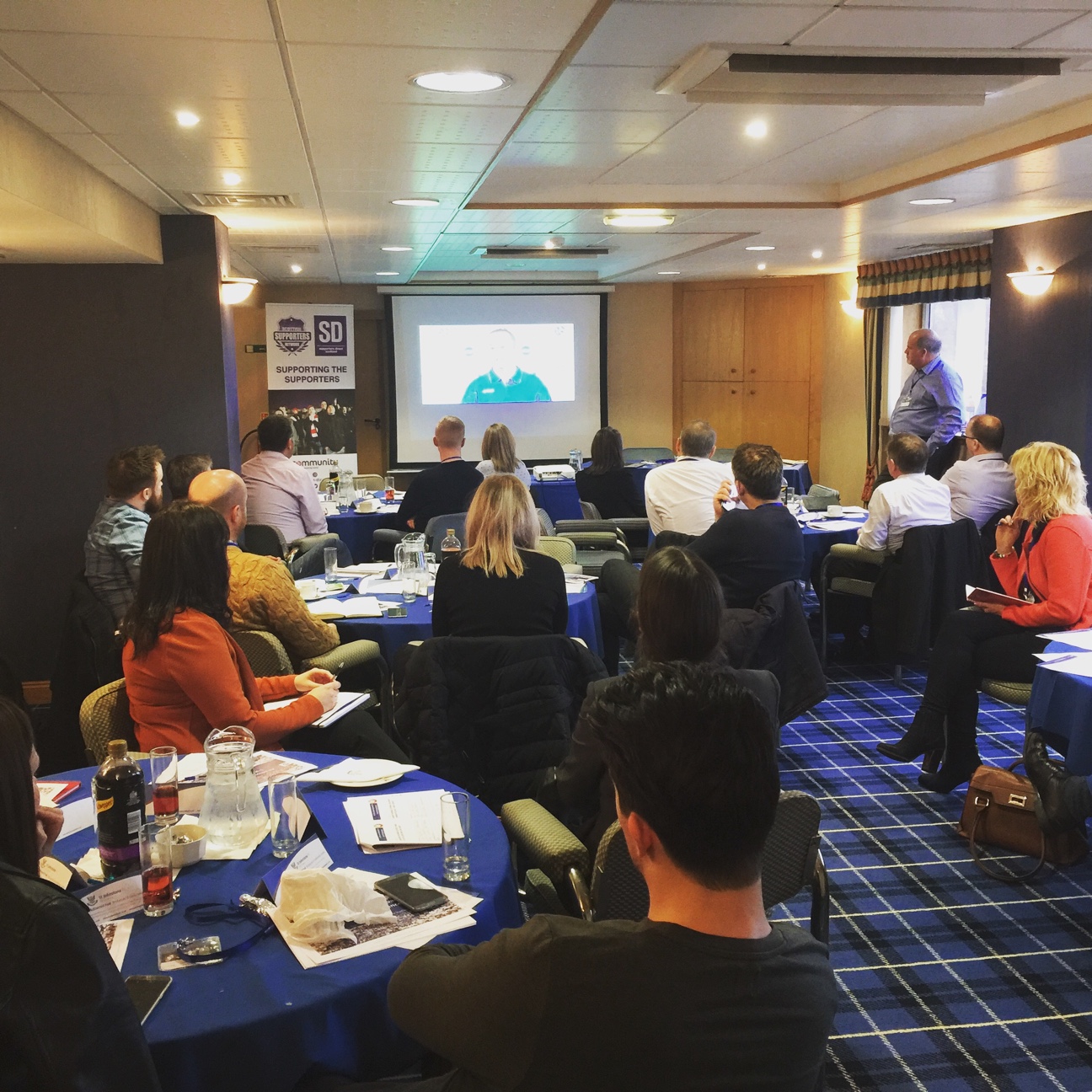