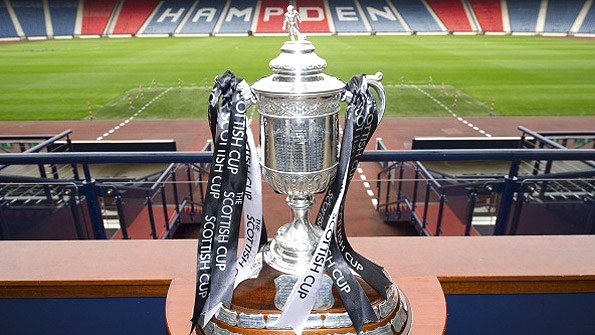 The Scottish FA, Inverness Caledonian Thistle FC and Falkirk FC have announced a reduced ticket pricing policy for the 2015 William Hill Scottish Cup Final at Hampden Park. Adult prices for the showpiece occasion will be priced at £30/£25, with concession tickets between £5-£15.

The prices were agreed by all parties and, as well as ensuring every Inverness Caledonian Thistle and Falkirk supporter can attend this historic occasion, the policy will also encourage neutral supporters to come along and enjoy the occasion.

Scottish FA Chief Executive, Stewart Regan, said: “This year’s William Hill Scottish Cup Final promises to be a wonderful occasion, one that will capture the imagination not just of Falkirk and Inverness Caledonian Thistle fans, but their respective communities at large.

“On behalf of the Scottish FA, I would like to thank both clubs for their positive contributions to the plans for the Final, and wish them the best of luck on May 30th.”

Kenny Cameron, Chairman of Inverness Caledonian Thistle, said: “This will be very much a ‘family final’ and with youngsters able to attend for £5, I hope supporters will feel that the pricing meets their pockets and that it also appeals to neutral followers.

“I’m pleased that we, Falkirk, and the Scottish FA were able to reach a timely and amicable agreement on ticket prices, and we’ve already received an impressive volume of enquiries as the countdown to the Final gathers momentum.

“There will be a major exodus from the Highlands on the day plus we’ll have supporters travelling from a range of countries. It should be a memorable occasion.”

Falkirk Executive Director, Ronnie Bateman, said: “There has been a huge number of enquiries about tickets already, not only from our own supporters, but from neutrals.

“I think everybody realises it’s going to be an exciting afternoon of football, and a game which will be in the ‘not-to-be-missed’ category.

“We’ve had fruitful talks with Inverness Caledonian Thistle and the Scottish FA, and all parties are committed to making sure that fans get their tickets with ease, and at an affordable price, for what promises to be a great family day out.”