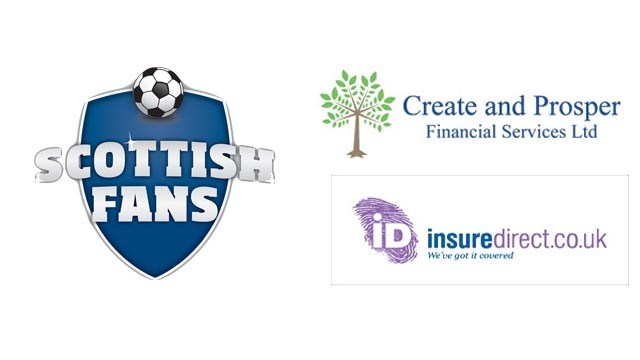 Supporters Direct Scotland has launched two new affinity partnerships with InsureDirect.co.uk & Create and Prosper which will see a potential financial boost from the pay back scheme to Football Supporters Trusts in Scotland and members of the ScottishFans.org network.

Formally announced at East End Park in Dunfermline last Friday (3rd May) in the company of former Dunfermline captain Roy Barry and Margaret Ross, Chair of the Pars Trust as well as directors from the two new affinity partners, the new fundraising scheme will bring financial benefits to fans and Trusts alike.

Mark Reid project manager at Supporters Direct Scotland, said: ““We’re pleased to put in place these two affinity partnerships in place that benefit Trust members and provide welcome new income into the Supporters Trusts.  We hope to add more of these arrangements in the future to benefit all of our members.

The affinity partnerships include discounted product offers for members of the Supporters Direct football Trust network within Scotland and “Scottish Fans” network partners.  In additional the partner company themselves will give an additional proportion directly back to the trust or network member.

Margaret Ross, Chair of the Pars Trust said “I think anything that can help us raise money and also help our supporters save money in the process then it’s ideal and I look forward to seeing what we can make of it”.

To benefit from this deal and join the Scottish Fans network, get in touch with