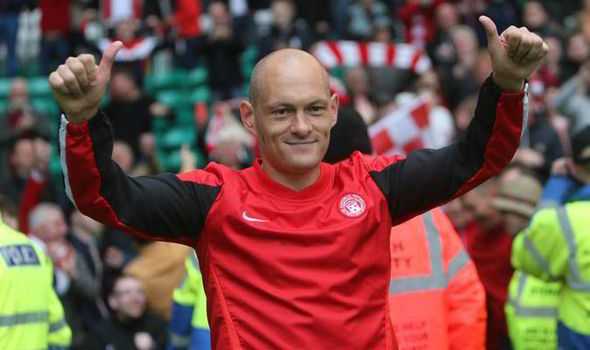 SPFL Premiership side Hamilton Academical are charging fans only 10p for a ticket to their league game against Inverness Caledonian Thistle on Saturday as a tribute to former manager Alex Neil and his assistant Frankie McAvoy.

Both men left the club to join English Championship side Norwich City having spent over ten years at the club.

In a statement on the club’s official website, the vice-chairman, Ronnie Macdonald, said: “Saturday’s match against Inverness marks Frankie McAvoy’s last game as an ‘Academical’.

“Both he and Alex Neil have given us wonderful service in their time at the club, both of them served us for 10 years, and of course Alex wore the No10 jersey with distinction.

“As a mark of the esteem we hold them in, we have designated Saturday’s game as a tribute to these significant 10s and will make the admission charge for all spectators, home or away, just 10p.

“We look forward to welcoming all our loyal supporters, and perhaps some new ones, to send Frankie, and Alex, off with the acclaim they deserve.”