Fairtrade: The Balls To Make A Difference

If the revelations being squeezed out of the FIFA scandal have taught me anything, it is that some people cannot be trusted to maintain a level of integrity within football. Some of the people who ought to be protecting and raising the standards, expectations and levels of trust within the game have been caught doing quite the opposite for their own interests. It would be easy to feel disillusioned with football, I believe there is a another way forward for the global development of football, one which looks not only at the bottom line, but that double bottom line and impact of finance and people.

As someone who has played, watched, worked in and loved football since my Dad took me to my first game aged 5, I believe governed properly, football really can be a force for economic, social and community good. No more evident has that been for me than in the last five days.

Through my work with Supporters Direct Scotland, I was invited onto a working group interested in the establishment of a non for profit social enterprise selling and raising awareness of Fairtrade footballs.

The objectives of the organisation are:

Since those initial working group meetings, we’ve established a Community Benefit Society (a legal structure which protects assets for the purpose of which they were attained), raised over £100,000 via a Community Share Offer (through which people were encouraged to make a social investment in the enterprise), started trading as ‘Bala Sport’ and ordered over 8,000 balls as an initial stock.

Within this process, the working group became the founding Directors of the organisation and within this role I was fortunate enough to be invited to visit Pakistan where our balls have been produced and where, through the Fairtrade certification Bala and football production factory possess, Fairtrade benefits have been making that double bottom line of people and profits.

Sialkot single handedly produces around 70% of the world’s hand stitched footballs annually (about 29 million footballs) and gained celebrity status when it produced the “Tango Ball” used in FIFA World cup in 1982 and last year produced the Adidas ‘Brazuca’ for the FIFA 2014 World Cup in Brazil.

Pakistan has its well documented problems. There are ongoing disputes with its neighbours India regarding the ownership of Kashmir (during our stay, shelling continued between the two and there are areas close to the border of Pakistan that foreigners are prohibited from entering), natural disasters to contend with (such as Monday’s 8.1 earthquake which effected more western parts of Pakistan, although factories in Sialkot were evacuated and two people within the city sadly died) and wide spread deprivation.

Deprivation is not unique to Pakistan. 94% of the world’s income goes to 40% of the people, while the other 60% must live on only 6% of world income. Half the world lives on two dollars a day or less, while almost a billion people live on less than one dollar a day.

During our stay, we’ve visited a handful of factories. Some are Fairtrade certified, others are not.

During our stay we’ve visited some of the projects that Fairtrade premiums have helped fund. These include projects and initiatives for the workers such as:

One factory owner said in conversation “the workers are our assets, not our liabilities” – and these projects, funded through Fairtrade football purchases go to show it. These go to show the difference Fairtrade can make in addressing the issue of deprivation and have tangible benefits which many people (there are thousands of stitchers within Sialkot) can benefit from if there factory is a fair trade certified one.

However, the workers only get the benefit of the premium when people purchase Fairtrade footballs, drumming home the importance of increasing awareness of Bala within the UK.

The process of stitching is an art form and each of the workers are highly skilled individuals plying their trade on a daily basis. Although, the industry of football production is evolving. New technologies have signaled a shift from hand stitched balls to hybrid balls which use a combination of machinery and people (albeit fewer). Competition from China also offers a threat to the livelihoods for many of these stitchers.

While some of the factory managers feel there are opportunities for the younger workforce to utilise the growing technology that will compliment ball production, there is a fear some of the older stitchers may not be able to adjust to the shift and learn the new skills required. It is not yet known whether or when the purely hand stitched positions may be redundant, but with machinery able to produce more footballs at lower costs, it would be difficult for factories to ignore their emergence for long.

However, generally, I’ll leave Sialkot feeling inspired for I’ve been fortunate to see how, through people purchasing Fairtrade sports balls, Bala are helping to improve the lives of many people. I’ve been reminded of the joy and benefits football can bring to people, society and communities, as shown by the photo below, which I took at an orphanage we visited and donated balls to. You can buy your own Bala ball at www.balasport.co.uk now 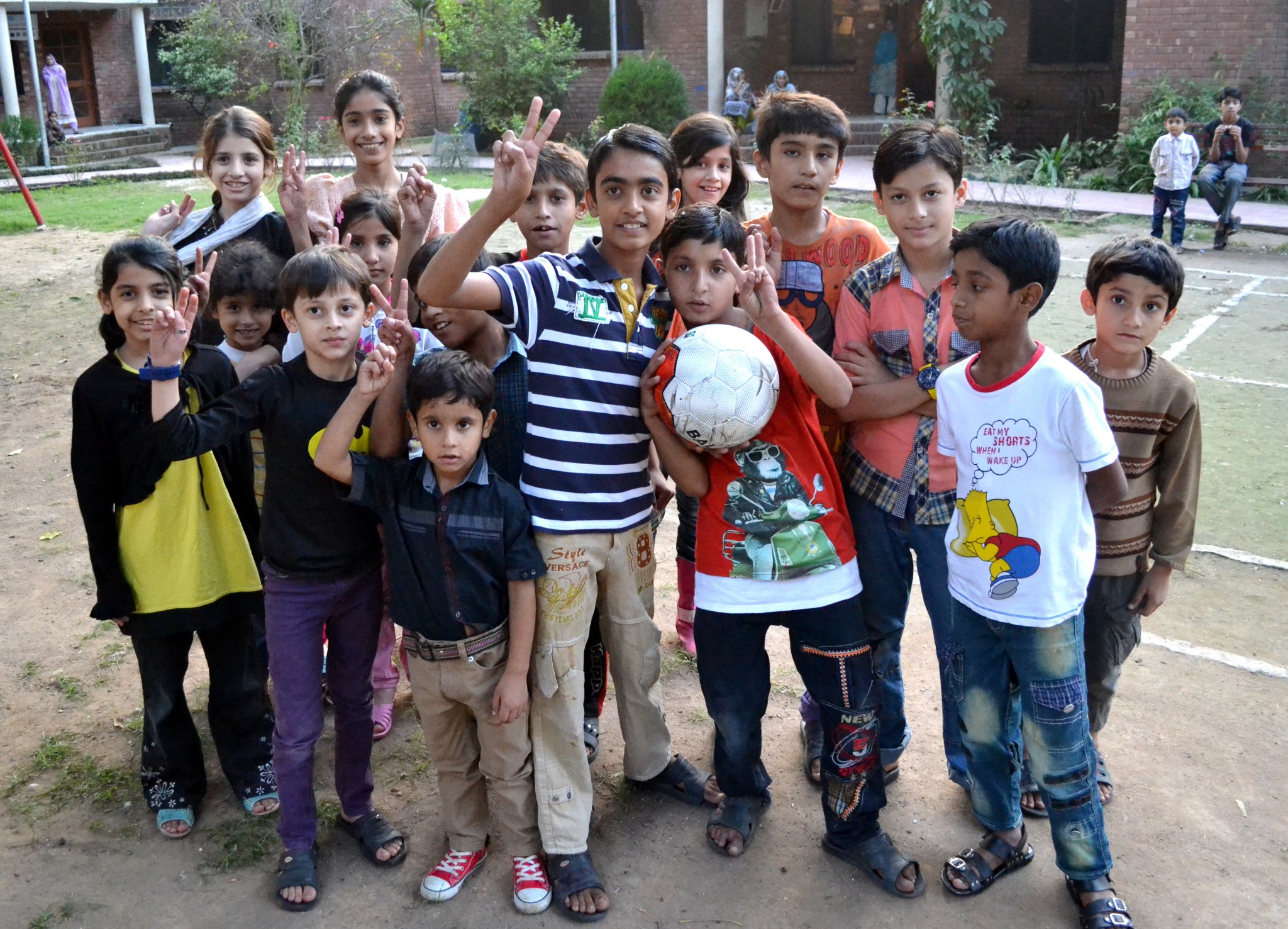 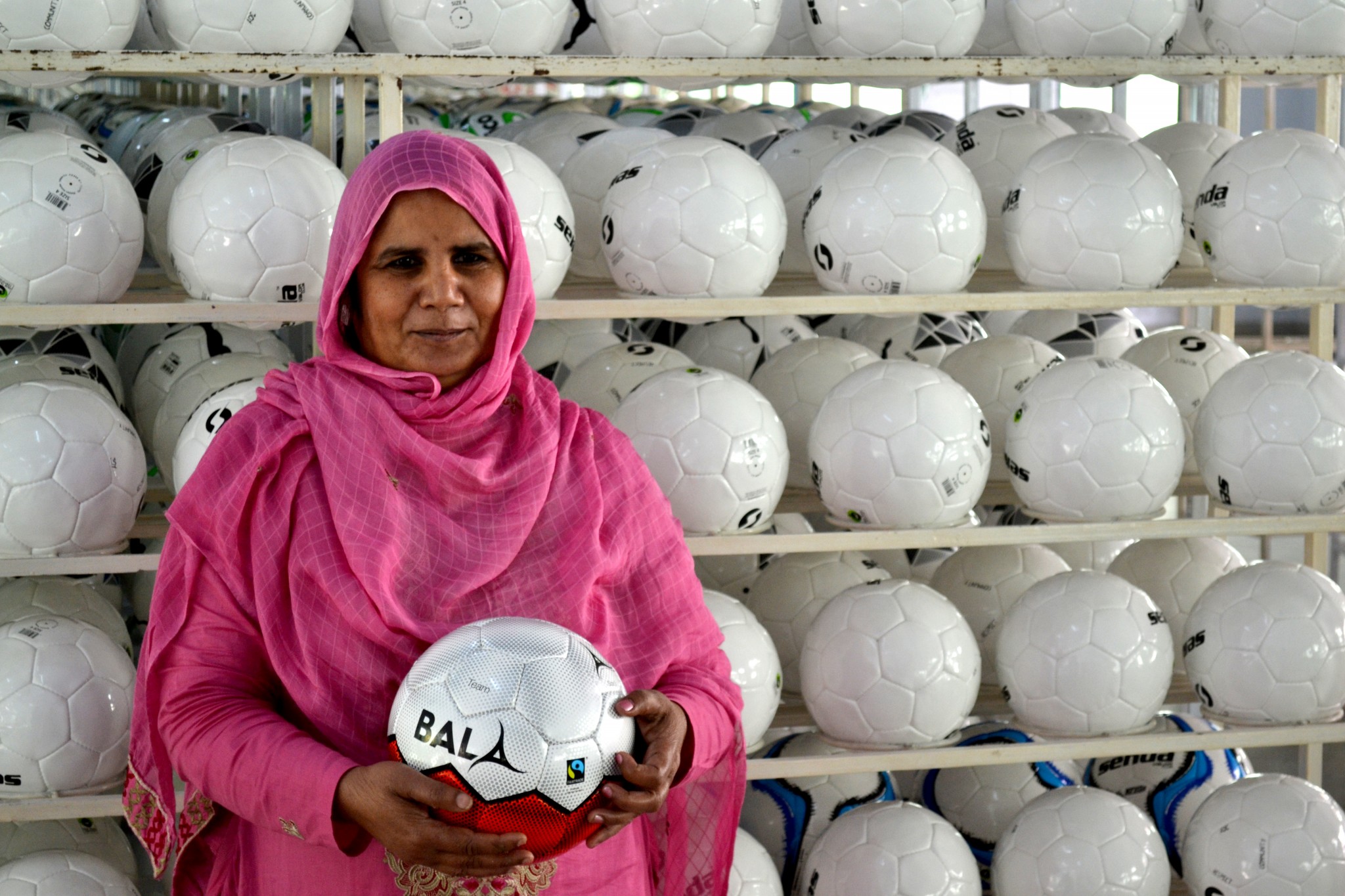