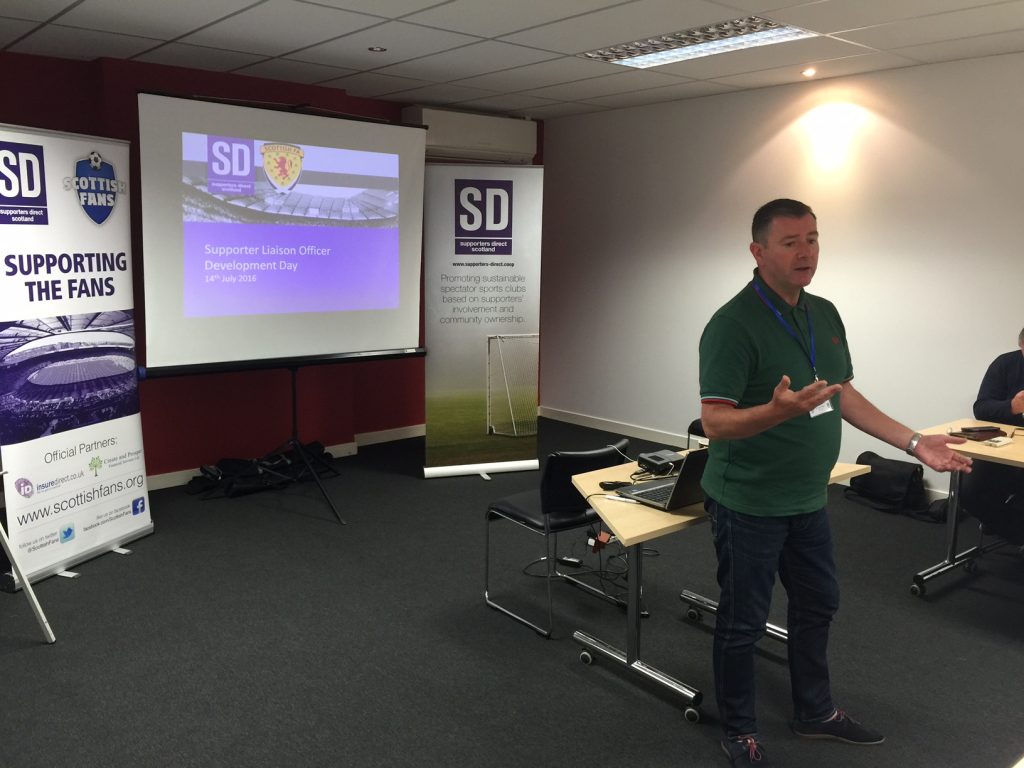 JP Taylor presents on the SLO role and his work at Celtic FC.

As part of our work developing the Supporter Liaison Officer role in Scottish football, ensuring that fans have a point of contact and line of dialogue with their clubs, we’re seeking to promote the role via a series of interviews with people in the role across SPFL clubs.

Firstly how important would you say the role the SLO at a club is. Would you say that it is vital looking to the future that all professional clubs appoint SLO’s?

I think the role of SLO is extremely important these days. Fans rightly have greater expectations from their Clubs these days and with so many issues impacting on football fans from legislation to high admission costs fans are asking more questions than ever. The SLO is their route for raising these questions and getting responses from the Club management.

What does your usual working week consist of in your role as the club SLO?

It’s mostly communication, email, social media, face to face meetings all form a large part of it but also meeting with Departments within the Club to plan for forthcoming matches or to review past matches. Also look into various different projects and ideas which would assist supporters.

What would you say has changed since you came into your position?

I think the attitudes within the Club have changed to a certain degree as there is someone willing to challenge decisions on behalf of fans. I also think we have much more information tailored directly for fans travelling to and from matches at home and abroad, I think we are now better placed than ever when it comes to providing fans with relevant and specific information.

What personnel and groups are you in liaison with as the SLO? For example working closely with Supporters Direct Scotland.

What are your short-term and long term plans in your role? What actions are you looking to take to engage fans and further make a difference?

In the short term it’s mainly continue doing what we have been with a view to continually reviewing and hopefully improving the service. Long term is really to continue to promote the role of the SLO within the game in Scotland, to raise awareness and to try to ensure that when matches are being planned that the SLO has some input on behalf of their Club’s fans. Our Fan Forum is the key engagement vehicle for organised dialogue with the Club however I’m here every day so the engagement process is open to all fans every day.

How can fans get in touch with yourself if they have any problems or enquiries?

A Celtic supporter yourself how is it that you came to support the club?

I started my employment at the Club in October 1993 when I worked as Ticket Office Manager, that position, which I held for 15 years allowed me to build up a number of relationships which remain in place today. Having all of that background info on the mechanics of the Club, a working knowledge of the football business and multiple relationships with fans and fan groups was ideal for me taking the role as SLO in 2013.

The best player you’ve ever seen play for Celtic and why?

The best player I ever seen play for Celtic was Danny McGrain, Danny seemed to play forever and I can’t recall him ever having a bad game, he was skilful going forward and sound defensively apart from his goal scoring he was the complete player, truly world class.